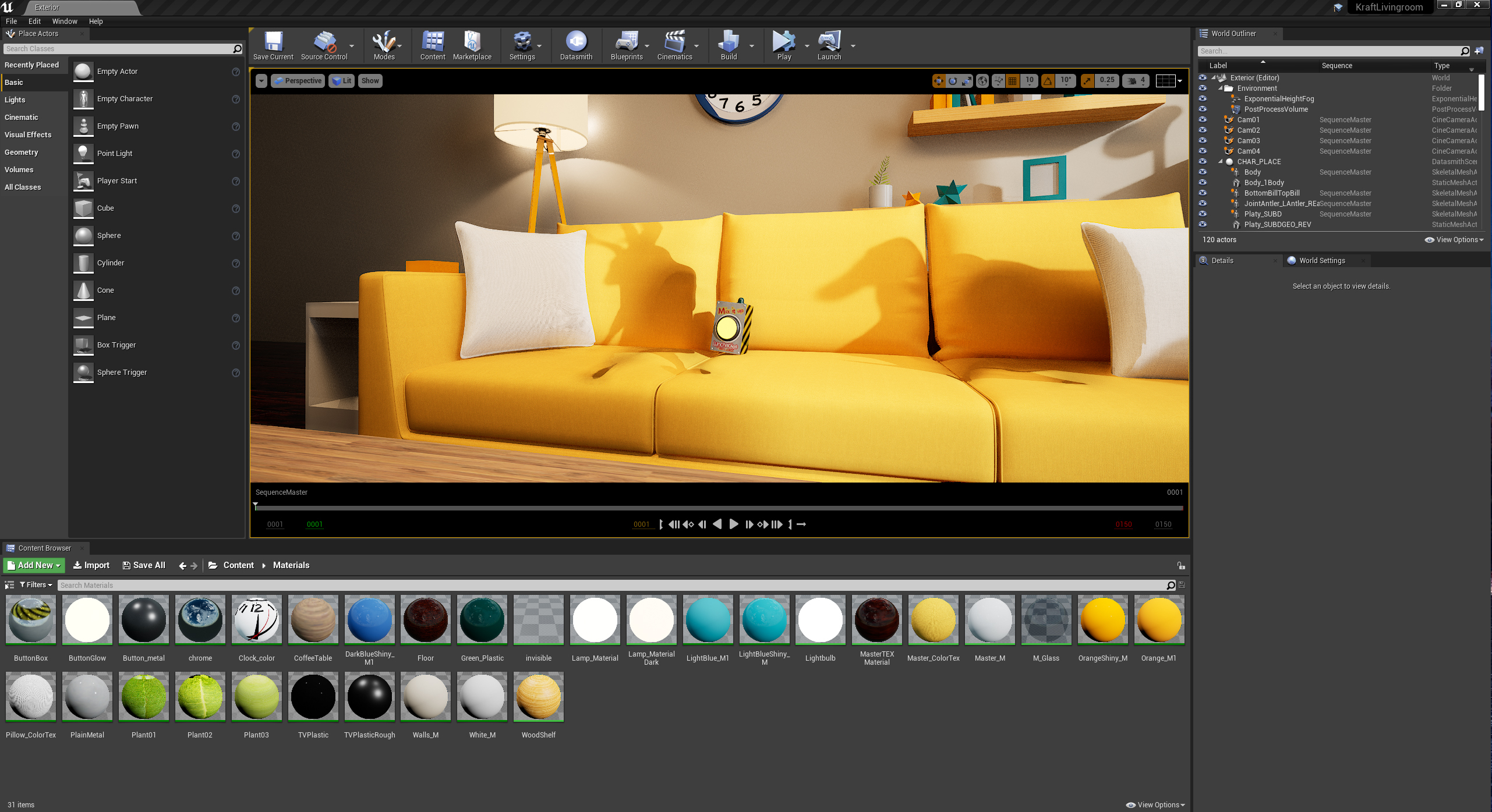 As designers, it’s crucial for us to stay ahead of the curve when it comes to new and emerging design tools. That’s why we were so excited to start tinkering around with the Unreal Engine. Unreal Engine is an advanced real-time 3D creation tool. It features photorealistic rendering, dynamic physics and effects, lifelike animation, robust data translation, all on an open extensible platform.

Unreal Engine is most associated with video games, but it has some game changing tech for non-interactive media as well.

A Glimpse at Next-Gen Tech

“At the heart of Epic Games’ next-gen engine are two new pieces of technology: Nanite, a virtualized geometry system that will let artists import and render 3D models and environments composed of billions of polygons; and Lumen, a global illumination system that will enable dynamic, highly realistic lighting in games. The demo also showcases the fast loading of massive game worlds that will be enabled by built-in SSD technology in the PlayStation 5. Don’t let the demo’s ol’ shimmying-through-a-narrow-gap loading trick dissuade you — the end of the demo pays off with an astounding fly-through of the game world.”

Check out the demo of Unreal Engine 5 here.

With the Nanite technology, environments are scaled and streamed in real time so there are no more polygon count budgets, polygon memory budgets, or draw count budgets. There is no need to bake details to normal maps or manually author LODs, and there is no loss in quality. With the Lumen technology, as artists we can create more dynamic scenes. It erases the need to wait for lightmap bakes to finish and to author light map UVs.

From gaming, to movie CG, and animation projects, this software technology is achieving some unreal (see what we did there) photorealism with the potential to increase our team's productivity. In anticipation of the next version, we had to give Unreal Engine a go using the most current release.

How We Put Unreal Engine to Work

We recently completed a project where we had the opportunity to put Unreal Engine to work. We had to pivot from shooting new footage for the spot to creating our own content, and the turnaround time was tight.

The scene called for a living room environment, so I wanted to lean toward a more realistic look to help add contrast to the magical school environment we were transitioning into. After spending some time learning the software between client projects, I knew Unreal Engine 4 was a great tool to use for architectural visualization. So I gave creating a photorealistic living room a shot in Unreal. 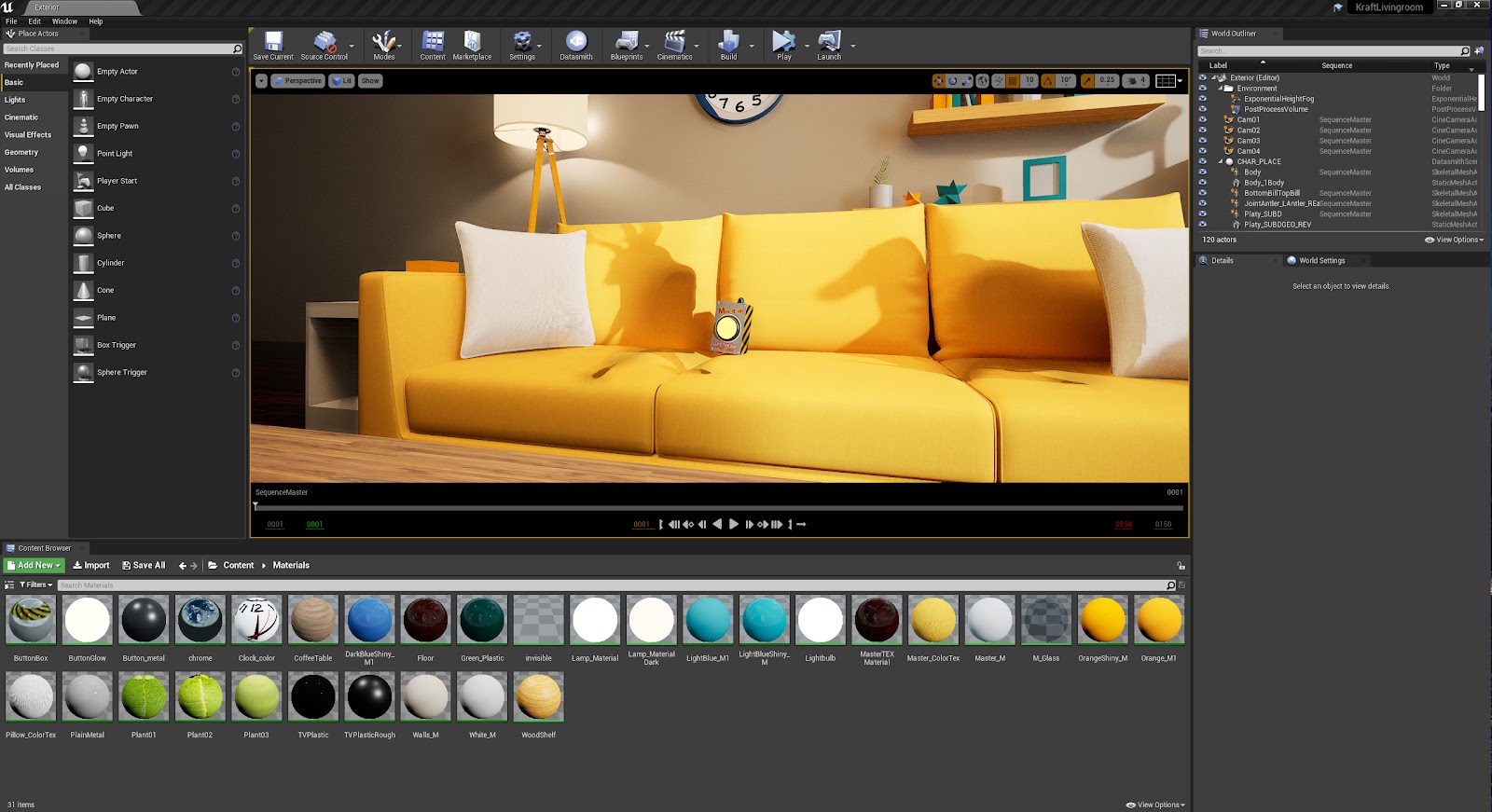 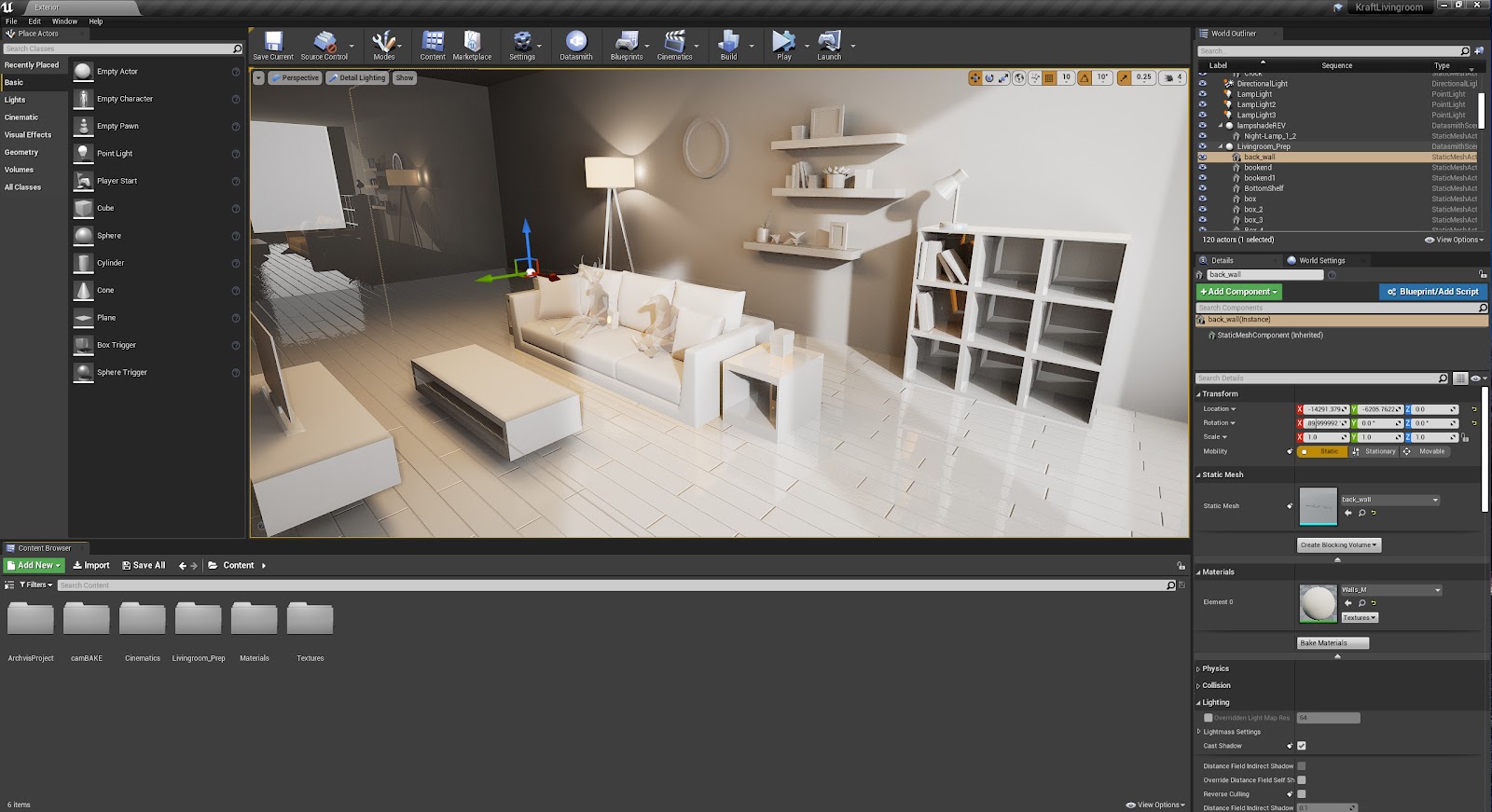 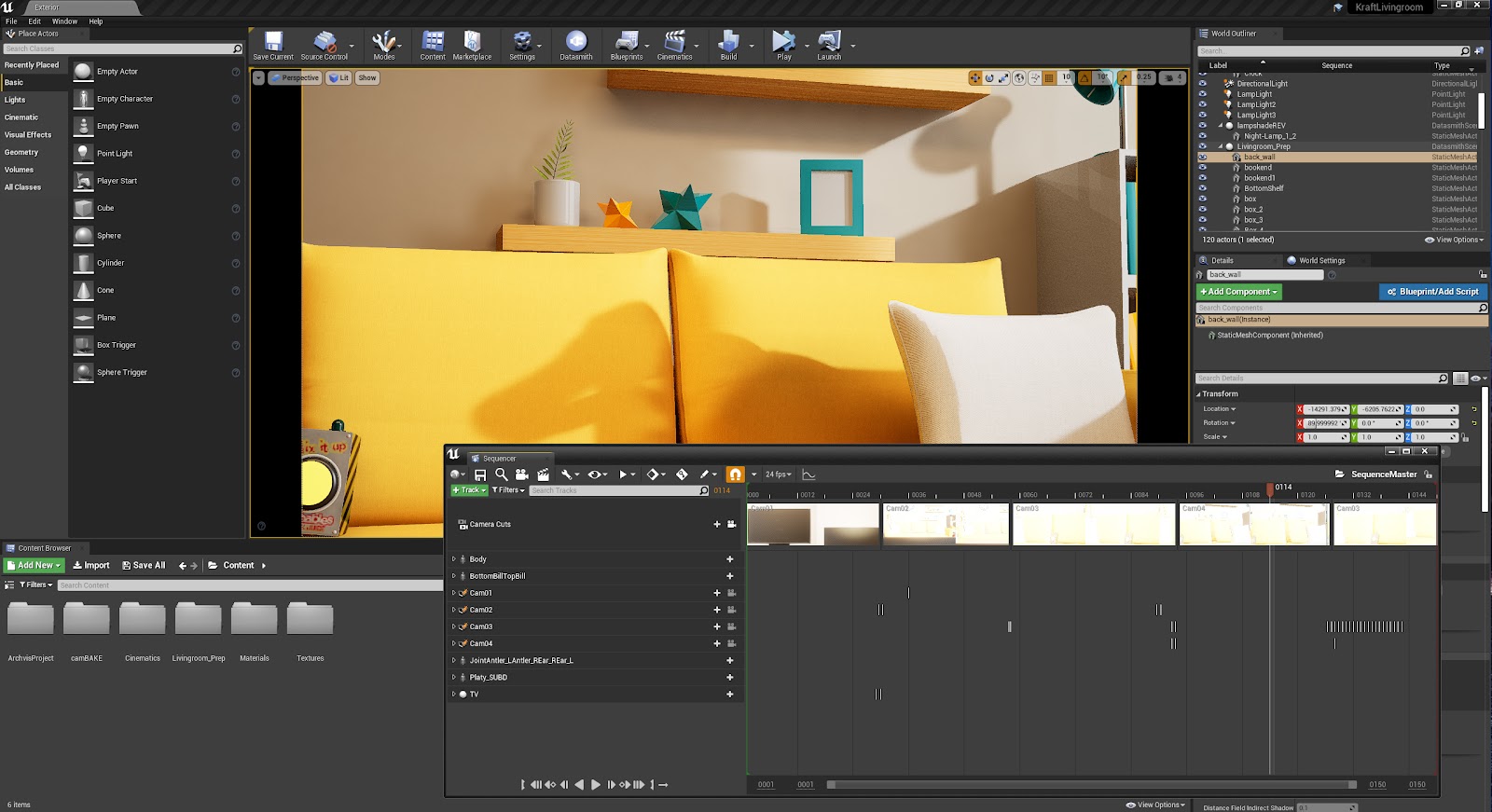 Within the first day I had great looking results at a fraction of the render time compared to Cinema4D. In fact, I could render the entire animated scene in the time it would take Cinema to render one frame. In our world where projects move fast and time is valuable, this really is a game changer.

The Future is Real Time Design

Without a doubt, we’re looking forward to utilizing this technology in more client projects moving forward to help assist with visualizations and quick turn-arounds. As technology gets faster, it opens up an array of possibilities that might have been out of budget or out of scope just a year ago. As a multidisciplinary agency, we always try to choose the medium that will fit the project best. Unreal Engine creates more opportunities that wouldn’t have been possible in the past.

We’re excited to utilize tools like Unreal Engine, so we can spend less time waiting on renders and more time being creative.

Learn more about the future of creativity here.