What is Integrated Marketing? 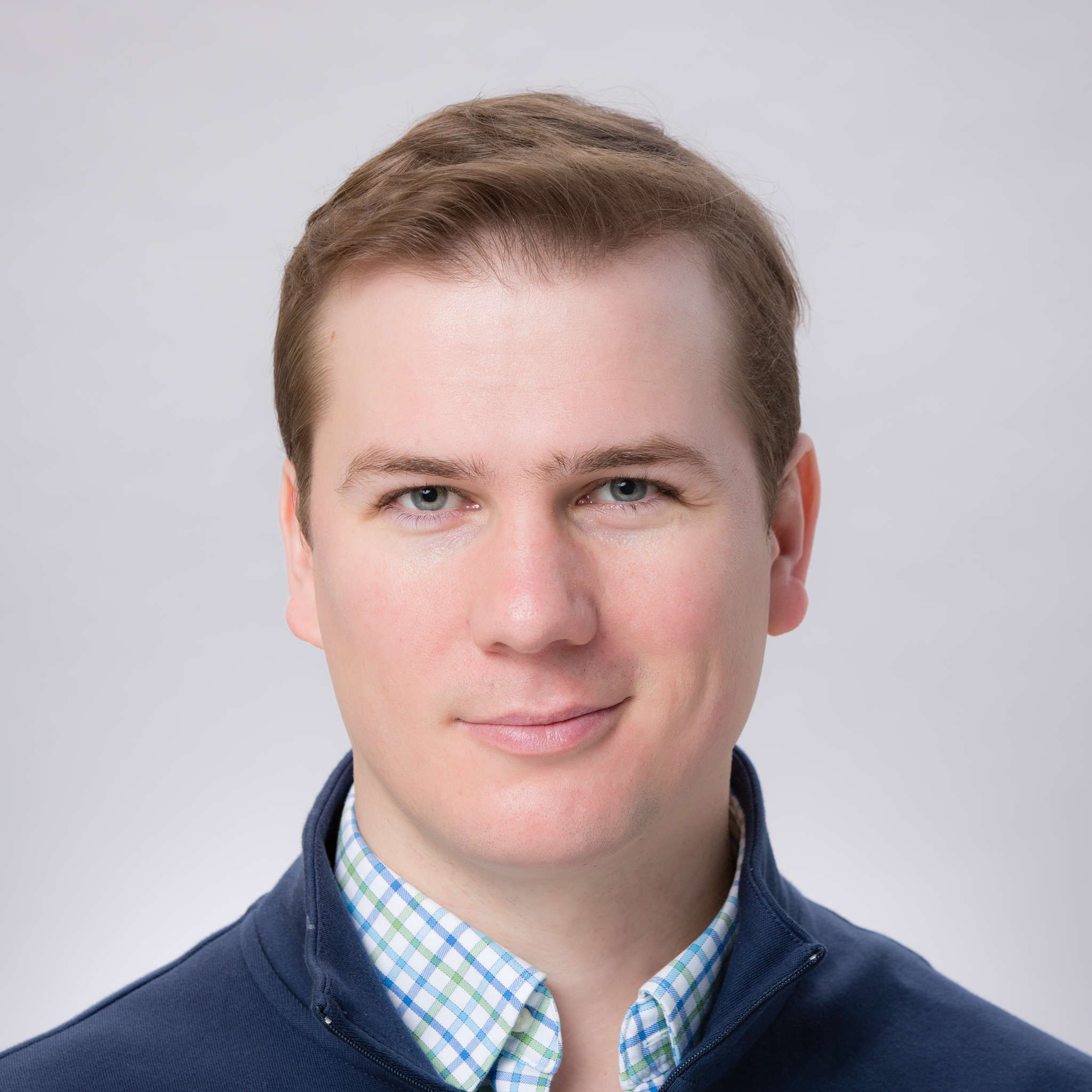 Integrated Marketing is a bold, amorphous term (an essential kickstarter for branding and partnership conversations). It’s the perfect couplet to lead off a complicated brief.

How’s your integrated marketing?
Oh boy, thought you’d never ask! It’s custom, customizable and easily executionable (We know, not exactly a real word), but our integrated marketing is such a game changer - a fearless disruptor - that we can reinvent the wheel, easily optimizing our own marketing terms to move the needle and hit the ground running.

In its most basic form, integrated marketing showcases a brand’s content, equipped with the brand’s universal truth. It shares this truth, carefully, strategically, and subtly with an audience that may be (hopefully) willing to listen… at least for a moment.

Invoking Feelings in Your Audience

#ShareACoke Simple, right? The brand remains front and center: Coca-Cola. And its universal truth is right there, too; the act of sharing (literally, the first lesson, one learns in kindergarten). Someone shares a Coke with your name on it; you’re instantly happy.

Breaking down this cross-promotional example from Pretty Little Liars, featuring the show’s star, Shay Mitchell, one finds these little happiness nuggets that materialize from Shay’s memories with her favorite people in the world: the people she wants to share a coke with (her best friend, Joanie, her brother, Sean, and her assistant, Sammy).

Integrated Marketing relies on pathos to invoke passionate feelings in its audience and target demos. This particular integrated marketing approach leverages the talent, while not burrowing directly into it. And despite Don Draper’s efforts to simplify the industry, advertising is not all about happiness. 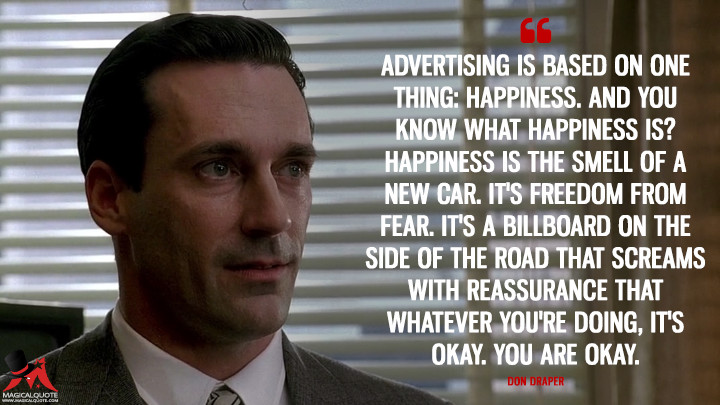 For Coca-Cola, absolutely! Strategically place a superstar like Shay with a hair under 30 million Instagram followers, promoting her beloved show to her super-fans with a bottle of happiness that could have your name on it (now, that’s how you integrate marketing). And it all starts with Coca-Cola's theme, their universal truth that their product can and will make you happy. It’s worked for decades, and that’s why they continue to accelerate down Happiness Highway 101, top down in a red convertible.

But what about other brands where their truth is not so blatantly optimistic? What about Nike? Just Do It is about resilience and toughness, not happiness. Happiness might be a byproduct of overcoming one’s obstacles, but it’s not Nike’s universal truth.

Discovering that truth and sticking to it is the launchpad for Integrated Marketing. Next step, maximizing that truth across all lanes and through all axises.

The methods for how a brand engages with its audience vary and evolve, from ads to live events, bumpers to vignettes, animation to live action to a blend of the two. Integrated marketing comes pretty much in any medium. If there were a tangible example of Integrated Marketing in the natural world, it would be an Ant Colony. In this metaphor, the Queen Ant represents the brand. Her genome is the colony. The worker ants’ 23andMe results all tie back to her. As the matriarch, she is the brand’s identity, its source; the Queen Ant gets the ball rolling and with Sisyphus-like stamina keeps it rolling. Her offspring (every other ant in the colony), provide the infrastructure. They build out the lanes and axises, they are the marketing strategy that keeps the Queen Ant’s branding intact. United as the Ant Colony, they attempt to live out their marketing plan, a dream for survival. The brand is central to the Queen; it takes the colony to implement it.

Take Google’s approach for their Google Pixel 4 push. Now, Google is all about simplicity and ease; their tagline might be “Do the right thing,” a nicer way to say “Don’t be evil,” but at their core they are a technology superpower, ever augmenting to make your reality a little easier. All the ads for Google Pixel 4 follow a formula: product is front and center, the person who owns said product is in a bit of jam, and by exploring their options with the Google Pixel 4 via VoiceOver, the solution to their problem seems attainable.

That’s the start, the idea that you can “handle it” with a Google Pixel 4. The concept and marketing of it is crystal clear, but Google needs the integration to be supportive and cohesively clear, so they partner with ABC and tie the product directly to the content in the shows.

The product is unavoidable in the actual shows and with the timing of the ad, following a crucial scene, the ad becomes part of that magical night of television (it is an enhancement not a detractor). This Google integrated marketing approach allows for a weightless experience. The advertisement exists in the world that has already been created. It is a seamless entry in the show’s content (an unfiltered access: WELCOME!, so glad you guys could make it!).

The Artificial Reality of Stories

The integration of the ad can be clever, the timing can be perfect, but if the story is not genuine, and there is no empathy for the storyteller’s plight, then the whole ad falls apart. In a TedxPurdueU talk, leadership consultant, Karen Ember, explains that “when you listen to a story, your entire brain lights up. Each of your lobes will light up as your senses and your emotions are engaged.” She talks about the “artificial reality of stories “and how one’s brain can mimic the storyteller’s brain if it is engaged and willing. This neural coupling, as it’s called, is potent. The listener’s brain is in lockstep with the storyteller’s brain. It’s like hydrant-esq sweaty palms during a horror movie. You feel exactly what the storyteller wants you to feel: fear. And it’s palpable.

On the other hand, it might be Shay Mitchel telling you about her adventures with her best friend, Joanie. If your brain lights up like hers as she retells a special memory, then all that happiness that Coca-Cola wants you and needs you to experience is effortless.

When There Are Two Integrated Marketing Plans

Two bosses, one goal – make something worthwhile and buzz-worthy (actual metrics pending, for now). Neural coupling implies two things in harmony. So in order to couple correctly, the two Integrated Marketing plans must align and support one another and become one, in hopes of lighting up the audience’s brain lobes.

Two brands: Cartoon Network and Sony Hotel Transylvania 3. Cartoon Network’s universal truth is straightforward: heart & humor. Hotel Transylvania 3 has a lot of humor with silly spooky moments sprinkled in, but at its core, the trilogy is about a family and how they have persevered. It’s a family that cares deeply about one another, so there’s your heart. Now as the brands start to align, it becomes clearer what their universal truth is, hearty humor. Yes, integrated marketing success. We have leveraged both brands and expanded our own brand.

Tying it All Together

It’s a marketing integrated Jedi mind trick that unites all: integrated marketing.
What is the story and how do you tell it best?

Learn more about brand promotions in these other articles.