How the Metaverse Will Transform the Event Industry

The metaverse is here, and it is already making huge waves. From art to gaming to sports collectibles, several industries are seeing seismic shifts in how communities interact, how creators get paid, and how brands can engage with their fans and customers. Much like how the advent of both the internet and social media radically redefined our digital lives, the metaverse has the potential to have a similar impact on how we interface with each other.

The event industry is a prime sector to see the positive impact of the metaverse in action. Here are a few ways we think the next wave of internet technology will have a transformative effect on events, both in-person and virtual.

As 3D digital spaces are a major component of the metaverse, virtual events leveraging the metaverse promise to be more engrossing and engaging. Rather than a series of streamed presentations and Zoom calls, virtual events can offer a space for attendees to explore and interact. This can mimic the experience of going to an event, and lead to more spontaneity for the event-goer. But, there’s so much more potential than recreating the experience of going to an expo hall. Virtual 3D spaces can give an event a unique presentation that would be impossible just through video streaming or financially impractical if done in the real world. A 60 foot tall Ariana Grande performing would definitely be out of scope of most events’ budgets. But it happened in her wildly popular Fortnite concert. With the metaverse, brands have the chance to wildly redefine how fans experience their events.

The Metaverse Opens up Creative Opportunities

In September, the band Pentakill also had a virtual concert to promote their upcoming album. Hosted on the Wave platform, the show was described as “an interactive journey through the full concept album.” What makes this different than Ariana Grande or Travis Scott’s Fortnite performances?

Pentakill is a fictional band.

Blurring the lines of “what is a real band anyway,” Pentakill is an in-universe band in the popular video game League of Legends. The metaverse opens up wildly creative possibilities, like being able to watching a made-up band perform. A metaverse event could have a keynote delivered by a popular animated character in real-time, or a panel whose stage transforms depending on the topic of discussion. Think of the metaverse as a medium, only limited by your creativity.

A New Way to Reward Most Dedicated Fans 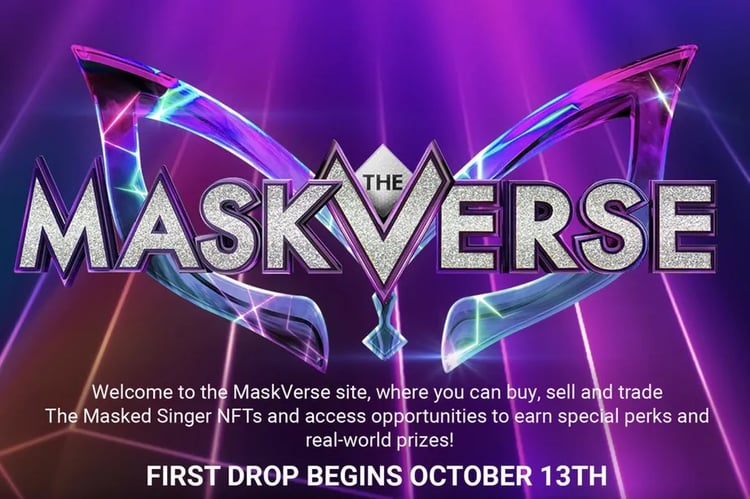 As a way to promote their popular reality TV competition The Masked Singer, Fox has announced a major new NFT project called “The MaskVerse.” As The Verge reported:

“(Fox) is launching the MaskVerse, an NFT collection / game / thing that ties into The Masked Singer. The company says that the first NFT for the show, which will be free and grant “special access” to the MaskVerse’s Discord, will launch on Wednesday (along with, of course, an episode of The Masked Singer). After that, people can buy packs of NFTs to build collections, and come November, Fox will be adding a game where players can vote on what will happen to contestants of the game show. The prize for guessing right will be the opportunity to buy even rarer NFT packs. Fox says that people will be able to trade or sell their NFTs halfway through The Masked Singer’s season so that they can build complete collections. Getting a full collection of “Common Masks” will let you get access to even more exclusive digital items, according to the MaskVerse FAQ, as well as the possibility of real-life prizes (and, presumably, some extra clout in the Discord).”

While Fox is using this for a television series, events can also utilize this gamification through NFTs to create a more engaging experience. NFTs could be given as bonuses for attending a certain number of panels, or they could be part of a digital scavenger hunt built into an event. At both in-person and virtual events, NFTs could provide a new way for diehard fans to interact with your event.

NFTs have been making a lot of headlines lately, mainly due to digital art selling for huge price tags. But that is just one use for a non-fungible token. Another implementation for NFTs is for event tickets or as proof of attendance. This can be useful for events in several different ways. First of all, it provides a secure, decentralized way to prevent tickets from being counterfeited. More intriguingly, NFTs can also act as social currency and a way for people to connect. Maybe your event could have a special area or lounge for past attendees, accessed through showing an NFT that was minted from last year’s event. Or, an exclusive panel for people who have attended your event more than five years, with proof of attendance on their digital wallet. Your attendees might use their digital wallets as ways to connect with each other, comparing NFTs from other events they’ve attended and bonding over what they have in common. This might sound far-fetched now, but so did sharing your Twitter handle in 2007.

The Metaverse is About Community

The final thing to consider is the purpose of the metaverse. There’s a lot of chatter right now because metaverse is a trendy word. This might cause you to dismiss it, as it saturates headlines, tweets, and blog posts like this one. But metaverse is just a trendy term like “the worldwide beb” was a trendy term or “social media” was a trendy term. The word metaverse might go the way of the “information superhighway” or it might become as ubiquitous as “the internet,” but the tech behind the term is the important thing to focus on. The key thing to understand is that the metaverse encompasses a series of emerging technologies that open up new ways for people to connect. That definition could also have applied to the internet or social media. From the earliest BBS to Facebook Groups, internet technology has always been about connecting people and fostering communities. The metaverse is just an advancement of that goal.

Fundamentally, events are also about connecting people and fostering communities. Whether it’s an industry event meant to connect people in the same field, or an event that draws fans of an entertainment brand or performer, events are a chance to bring people together and build strong communities.

Ultimately, the metaverse and blockchain technologies have massive potential to transform the event industry and provide new ways to connect communities.

Images via Riot Games and Fox.