Brands and Marketing in the Metaverse - Part 3: Community

A new type of community is emerging through an ‘ownership economy’, where brands, celebrities, and fans commingle and share, sometimes equally, in the success of a project.

A theme of decentralization is changing the way consumers think about the brands and entertainment that they love, where everyone has a chance to shape the story.

If we are building the metaverse, these communities are its town squares, and it’s a good idea to jump into the conversation.

Is this the new social media?

Social media is generally considered the primary communication layer of the internet. If Web 1.0 gave us information, then Web 2.0 gave us communication. But, while early internet bulletin boards and chat rooms connected small groups of like-minded people, social media is a fire hose of information that sometimes struggles to generate real connections. Perhaps worse, there is no incentive for people to get along on social media.

Of course, there are many social media groups that create a positive experience for their communities, but the overall social media landscape can be overwhelming and lacking in coherency to many.

Before we get too far, it’s worth mentioning that the size of the NFT and metaverse community is still relatively small, so it will face many challenges in the same ways that social media has over the past several years, but what’s important to highlight is that these communities are starting with different incentives and structures that could be used as the models for internet communities of the future.

What makes these communities different?

Money. Actually, that’s not a fair answer, although money definitely plays a role in some of it. We’ll cover this a little later. But, aside from the money, everyone from philanthropists to historians, to art collectors and storytellers are inventing new community-building tools through the use of smart contracts.

If you read the previous article in this series, you may remember that smart contracts are the basis for NFTs. And, similarly to how smart contracts allow for buying, selling, and trading in a ‘trustless’ system where there is no need for a middleman, smart contracts can also aid in things like community governance, access, and revenue sharing.

Communities built around NFT projects, art collecting, finance, and a host of other interests are starting with no central leadership, where everyone has a stake in the success. And, since many of these include financial incentives, there is good reason for everyone to get along and work towards a common goal.

Let’s start with the Bored Ape Yacht Club, a 10,000 NFT project that we first mentioned in part 2 of this series. While the BAYC developed the initial concept for the project and was responsible for creating all of the art, they also promoted the project as “a limited NFT collection where the token itself doubles as your membership to a swamp club for apes.” 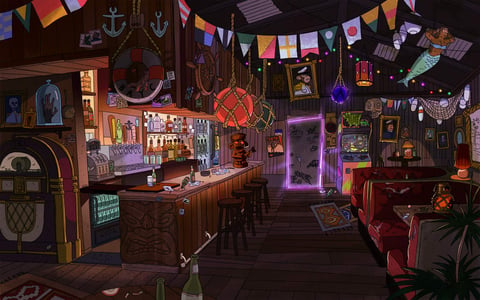 An artistic rendition of the BAYC
Photo credit: boredapeyachtclub.com

BAYC was one of the first projects in the recent NFT explosion to really promote the community aspect. They built a strong group of fans who regularly chat in a packed Discord group. They support other members launching new projects, and they rally around all things Bored Ape.

In return, they gain access to exclusive perks, they get regular free NFT ‘airdrops’, and they own a stake in the future success of the Bored Ape Yacht Club via the profile picture NFT that they hold. Prices for a single Bored Ape Yacht Club NFT have soared as celebrities, athletes, and successful entrepreneurs scramble to get in, giving members even more connections as well as hefty returns on their investment… if they are ready to give up all of the perks and actually sell their NFTs.

Not stopping there, the BAYC owners are also granted commercial rights to use the image of the NFT they own, spawning all sorts of side projects, derivative art, and new brands showing off apes from the collection. All of these projects help bring more attention back to the BAYC brand and that can benefit all members of the community.

Who makes the decisions in these communities?

Everyone… sometimes. This kind of model clearly won’t work for all communities or brands, but putting more power in the hands of the fans can lead to some really interesting results.

Take the example of a recent NFT project called Loot. When Loot creator, Dom Hoffmann, announced the project, some might have been scratching their heads. It included several thousand NFTs, each with a list of 8 items one might see in a fantasy role-playing game. 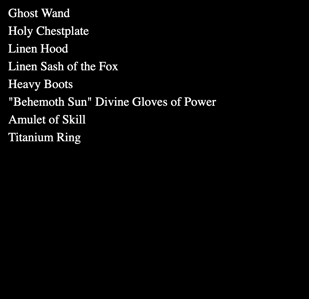 There was no art included, no details on the items listed, and no instructions for use. But, the project very quickly gained steam and prices went a little crazy. This is because what Hoffmann was actually creating was a community of people who would and will determine what Loot actually becomes. By intentionally leaving out details, the community of owners can shape the project in any way they see fit. They can create and sell their own matching art, develop a game around it, and form tighter groups around certain items in the lists.

In this example, the NFT serves only as the inspiration for a community to develop and grow, while leaving open the possibility for all owners to gain from the success of any of the directions the Loot may go.

Some organizations go further with the creation of DAO’s or decentralized autonomous organizations. These groups use smart contracts to completely handle governance and decision-making across the community. Everyone in a DAO gets voting rights and can have a say in all operations.

One of the early NFT marketplaces, SuperRare, has recently released their own token called $RARE and created a DAO where $RARE owners get to decide how parts of the platform will move forward. By switching the decision structure from top down to bottom up, they are hoping to set up a sustainable model that rewards their users for helping to shape the platform for the future.

The first thing that brands can do is to get into the conversation. Some brands are starting by joining other communities and testing the waters. Arizona Iced Tea bought their own Bored Ape NFT, giving them access to that community to see how it works from the inside, as well as the ability to use their ape for commercial purposes.

Anheuser-Busch InBev bought into another NFT project called Tom Sach’s Rocket Factory, changing their Twitter avatar to match. They even picked up the ENS domain, beer.eth, a sort of Web3 username that plants them firmly into the crypto and NFT space.

Eventually, brands will need to go much further, figuring out ways to give fans financial incentives and exclusive perks for supporting them. This might be by way of free NFT airdrops, digital wearables, or entirely new projects and products where fans can have creative controls and guide the decision-making process.

In a recent episode of the “Metaverse Marketing” podcast, Anheuser-Busch InBev’s
Global Head of Technology & Innovation, Lindsey McInerney, put it this way. “I believe that the big brands of this era will be co-owned with the community, where the community who own those assets, not only own and enjoy them but actually benefit from owning them. And therefore are incented and inspired to share and to make something of the brand in a way that they can’t by being chased down and given $200 to be a traditional influencer in the Web 2 era.”

McInerney understands the fundamental shift happening in the space where we move away from terms like “user” or “consumer” and replace them with terms like “member” and “owner”. This is something that traditional brands will have to get more comfortable with as blockchain and NFT native brands begin to compete for the hearts and eyeballs of the masses in the metaverse.