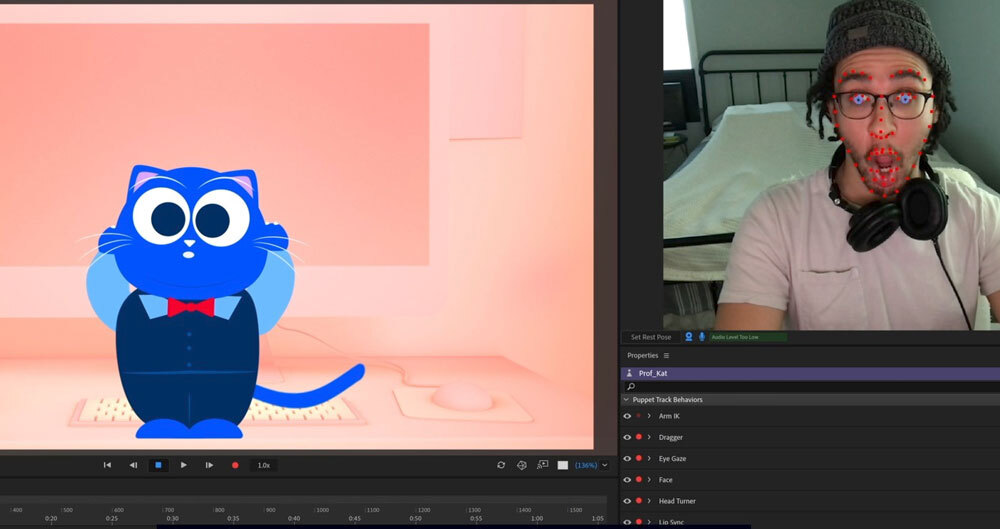 The Future of Real-Time Animation is Here 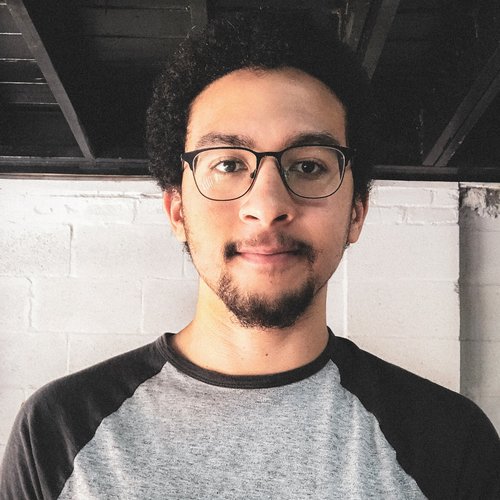 Chances are that you already have the software for instantaneous character animation installed on your computer. Here's how to incorporate this technology into a winning strategy.

When you think of motion capture animation, you probably imagine a group of actors in leotards with pingpong balls attached to various points of their body. Maybe they’re wearing an expensive head mounted camera to capture subtle facial movements that you would need James Cameron’s budget to afford. You might not imagine that you already have all the hardware and software for real-time animation available to you on your laptop. No ping pong balls required.

Adobe Character Animator is one of the lesser known programs included in their Creative Cloud suite. While it doesn’t have as much cultural cache as older siblings After Effects or Photoshop, it packs some pretty mind-blowing technology. Utilizing the Adobe Sensei AI, Character Animator uses a computer’s webcam and microphone to track a performer’s face. Syncing everything from lips, blinks, and tilts, this tool instantaneously takes an animated character and matches an actor's performance. Basically, it transforms a normal webcam into a facial motion capture machine.

One thing that makes this software so exciting is how Adobe has expanded the capabilities of Character Animator since its release. A recent update added support for keyframes and scene cameras, allowing animators to preprogram advanced movement that can be triggered at a press of a button to create more cinematic scenes. This has allowed shows like “The Late Show,” “Our Cartoon President,” and “Tooning Out The News” to rapidly produce animated segments or entire half hour shows. Adobe Character Animator has even been used on The Simpsons, to live animate a sequence where Homer takes calls from viewers.

In case you’re wondering after reading the previous glowing paragraphs, this isn’t a sponsored post. We’re just huge animation nerds, and these advancements in technology get us a bit pumped. Here’s why you should be as excited as us about software like Adobe Character Animator. Real-time animation technology has rapidly advanced over the past few years, and it shows no sign of stopping. These advancements unlock a tremendous amount of possibilities for brands to build value and tell their stories through animation. We love letting our imaginations run wild, so here are just a few implementations we can envision:

If your brand is creating a traditionally animated campaign, you can use Adobe Character Animator to quickly produce social posts. This allows your brand to nimbly respond to current events or online trends while using the animated characters developed for your traditional broadcast spot. This allows you to gain more value out of the primary campaign by creating a social strategy that is able to stay extremely relevant.

Real-time animation allows your characters to come to life in completely new ways. An animated movie could have the heroes of their movie show up at a panel at Comic-Con, Dragon Con, or a digital event and take questions from fans. A promotion campaign can now include Instagram Live or Twitch streams. If your desired demographic is teens, what better way to reach them than by having your animated star play Fortnite with fans?

The performance capture capabilities of Adobe Character Animator speeds up the process of scripted character animation. As previously mentioned, CBS All Access’ “Tooning Out The News” releases 10 minute episodes daily about the news of the day, with a team of 25-30 animators working on each episode. This type of topical animation would not have be possible without Adobe Character Animator. Taken on a smaller scale, you can now tell stories that you might have assumed were out of scope of your budget. Your characters can now have a weekly show on YouTube, or star in a series of shorts that tell a deeper story than a traditional spot.

Software like Adobe Character Animator is already taking animation to new places. This means that animation will be available to many more brands, independent creators, and production companies. As the amount of animation increases, so will the importance of great strategy and design. Your characters will be able to live on more platforms than ever, so be sure to develop, write, and animate your characters so they can tell your story in the best way possible.

Read about other topics on the future of creativity here.