Brands and Marketing in the Metaverse - Part 2: Commerce

The rise of the digital age has brought with it massive growth in countless industries and generated wealth for millions of people in its path, from software engineers to social media influencers. The e-commerce sector saw $4.2 trillion in retail sales last year, according to Statista. But, for as much time as we spend online, we don’t spend nearly as much money on digital goods.

All of this is beginning to change. Technology advancements are accelerating. We’re just starting to get a picture of the next version of our digital selves, and this time, there’s a possibility for a massive digital economy to thrive. This is the metaverse. And, even though it’s in its infancy, it’s becoming more real by the day.

I won’t claim to know what the mature metaverse will look like or what bumps, à la the dot com bust, it might face. But, the groundwork for the metaversal economy is taking form already, thanks to blockchains, cryptocurrencies, NFTs, and gaming. If gaming is the only word that makes sense in that group, I’ve got you.

Let’s talk about commerce in the metaverse.

Isn’t there a free version?

A lot of people over a certain age complain about paying $1.99 for a mobile app when they’ll pay $6 for a cup of coffee. I think this is in large part due to the fact that many digital goods are so freely available and copyable. In the Napster era, all music was free. Whether that was ethical, or good for artists, it didn’t matter, it was free.

A lot of people under a certain age have paid “real” money for a banana suit skin in Fortnite. Times are changing. 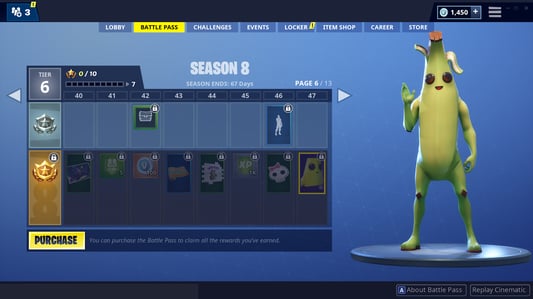 A big part of this shift can be attributed to one thing… digital self-expression. In these vast online game worlds, players have avatars who represent themselves. And, just like in the real world, they want to stand out from the crowd and fit in with their tribes. So, in-game accessories have been gaining popularity for some time. Epic Games has reportedly sold $10 billion worth of digital goods over the past couple of years. Gen Z, more than any other generation, understands the value of digital commerce.

What is value anyway?

You want how much for a jpeg?

Digital skins in a video game are one thing, but now people are paying insane prices for digital art. These are NFTs (non-fungible tokens). Not all NFTs are digital art. An NFT can be many things, and we’ll get to that, but first… the jpegs. 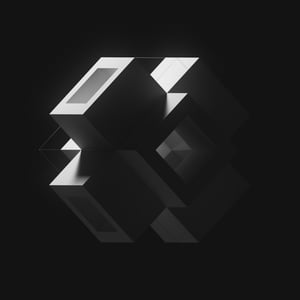 To get to multimillion-dollar jpegs, you have to start with blockchains. What’s important here is that a blockchain is a distributed public ledger, a database of sorts, that can operate without a central party, most notably to keep track of digital currency transactions.

Because these blockchains can’t be hacked or altered by an individual, and because they are public and easily reviewable, they are great at showing proof of ownership. And, this is key for NFTs.

If you imagine a cryptocurrency token as equivalent to a government-backed coin, then you can imagine an NFT as equivalent to a property deed or a receipt of ownership. An NFT allows its creator to define a number of parameters through a smart contract including the number of copies available, the price, and who owns it.

While in many cases, the same digital asset can be downloaded or saved for free, it’s not about access, it’s about ownership. Remember the Fortnite banana suits? The digitally inclined want ways to express themselves and sometimes to show off. And, this is how we get to multimillion-dollar jpegs.

Is this just the new Beanie Babies? No. Is this a bubble? Well, in some ways it might be. After all, a clip-art image of a rock sold for over $1 million dollars recently. But, that might not be a bad thing. In his essay, “Well-Behaved Bubbles Often Make History”, Byrne Hobart sums it up this way.

“...even though the term “bubble” is usually pejorative, the right kind of bubble, at the right time, can exert a powerful positive effect on the world. A bubble is an objectively irrational shared belief in a better potential future…”

There’s that “shared belief” again. A groundswell of evidence is beginning to show that the shared belief in digital goods is growing and will likely grow exponentially as mass adoption begins to take hold. Even if some of these asset valuations are way inflated at the moment.

What else can an NFT represent?

Great question. The truth is, a majority of the things we’ll most likely use NFTs for haven’t even been figured out yet. Since an NFT can represent ownership, we’ll possibly turn house deeds into NFTs. We’ll get concert tickets as NFTs. We’ll issue NFTs as membership and access cards.

This is already starting to happen, even within the ‘jpeg collector’ community. The smart contracts that power NFTs are programmable, and can therefore have additional utility built-in. For example, having a specific NFT in your digital wallet might grant you access to a private party within a virtual world like Decentraland. Or having one NFT in your wallet might get you one perk, while having 3 might give you another tier of perks.

Right now, we are in the wild west era of NFT innovation. Creators and smart engineers are imagining new ways to make NFTs useful and desirable to mass audiences.

Artists are creating NFTs that evolve over time. Athletes and major sports organizations are using NFTs as the new trading cards. NFTs can be merged together to create new NFTs.

NFTs also play key roles in blockchain gaming where players can actually earn money while playing. The blockchain game Axie Infinity just passed $2 billion in sales volume. In the game, players purchase NFTs of cute characters who battle and level up. The players can then potentially sell their NFTs for a profit.

Who gets all this money?

One key difference between digital goods bought in a traditional video game like Fortnite and NFTs, is that Fortnite owns and controls those digital assets. Unless they decide to open a secondary market, you can’t sell a digital skin you bought, and they can sell the same skin to every player if they so choose. Oh, and if Fortnite shuts down, so do your digital assets.

A true metaverse for many needs to be open and interoperable, meaning that we should be able to take our digital identities and digital assets with us wherever we go in the metaverse. This isn’t how we operate now, with different logins for each website, and various bits of information only accessible from any one of them.

This is where NFTs set us up for an open metaverse. The owner of any NFT can sell that NFT at any time for any price, as long as someone wants to buy it. This creates an entirely new dynamic when the buyer knows they have the potential to resell what they bought. Add in imposed scarcity, and it’s easier to see how we get back to those multimillion-dollar jpegs.

Another thing is commonly built into smart contracts that has a huge effect on the economics of NFTs. Almost all NFT creators include a royalty to be paid back to the creator on each subsequent sale of the NFT. Since NFTs are ‘trustless’, meaning they operate without a middleman, the royalties can be automatically sent to the creator without needing to trust a third party. This creates a natural incentive for creators to continue to support their projects and help grow their entire ecosystems instead of selling out and skipping town.

In fact, NFT creators can afford to sell their initial offerings for lower prices knowing that they’ll have passive income from future sales and greater income if the project is successful.

It’s true that a big chunk of the current metaverse economy is going to independent artists and creators, which is actually pretty great. But, larger projects are demanding larger audiences and entirely new metaverse native brands are popping up almost daily.

One thing that is for sure, in this emerging digital economy, is that brands need to be prepared to share ownership with their audiences. Many metaverse native brands are built directly from NFTs. This means that the brand’s fans are also brand owners. The success of the brand means everyone shares in the profits.

Perhaps one of the most successful NFT born brands of 2021 is the Bored Ape Yacht Club. Launched in April 2021, BAYC NFTs are a series of programmatically designed images of an illustrated monkey with various traits and accessories. The smart contract randomly assigns various traits at the time each NFT is first purchased, or “minted”, making it a bit of a game for rarities and visually appealing renders. 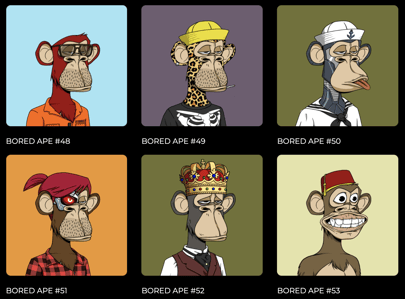 But, what has really made the Bored Ape Yacht Club a success is the shared ownership of the brand and even of the creative IP. Each BAYC NFT holder is granted commercial rights for the particular image they own, leading to all sorts of creative side projects and spinoffs. Some people have even started new businesses, using their Bored Ape image in their brand identity.

All of this has helped to propel the apes into one of the most recognizable brands in the NFT space, and a market value of over a billion dollars. As one BAYC co-founder said in the New Yorker, “Anything that people create with their apes only grows the brand.”

This sort of bottom-up brand building creates an entirely new economic model that traditional brands will have to consider in order to stay relevant as the metaverse matures.

Should traditional brands be worried?

Many brands are already trying to find their footing in the metaverse. We’ll discuss this more in the final piece of this series. But, just like brands had to adapt to building a web presence, and then they have to navigate social media and online content generation, they’ll need to adapt to the metaverse in order to survive and thrive.

For now, just remember that this isn’t all just about jpegs and silly money being tossed around.

In order for brands to survive and thrive, they must take the leap into the ‘shared belief’ that the metaverse is coming, and it’s going to change commerce as we know it.